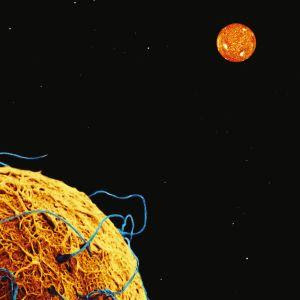 Phideaux is a band very close to my heart. Fronted by multi-instrumentalist/musical genius, Phideaux Xavier, they have crafted some of the greatest progressive rock of the modern era. In particular, I find Doomsday Afternoon and Number Seven to be masterpieces of progressive music that have a very important place in my music collection. So, I was thrilled to be amongst the first people to hear the newest Phideaux release, entitled Snowtorch. The man himself, Phideaux Xavier, sent out early copies of his album to several close friends, fans and reviewers, and I was privileged to be amongst this group. Along with the copy of the album, Phideaux wrote a note that said that this version of the album is about 99% finished, so there might be a few differences between this and the finalized product that comes out in just a couple weeks. So, just keep that in mind as you read this review.

I am pleased to say that Snowtorch is a monster of an album. It hits all the right chords for me musically, and I place it amongst his trilogy of excellence along with Doomsday Afternoon and Number Seven. All the trademarks of the Phideaux sound are present here: the great vocal combination of Phideaux's unique tone along with the gorgeous female vocals, the beautiful piano melodies, the acoustic guitar passages, a very strong influence from the early prog pioneers but with a modern edge, the quirky yet highly intelligent lyrics, weaving through several different musical passages with ease, and the list goes on and on. It is all here, and all done to perfection.

Just take the first track, the epic "Snowtorch (Part One)" that is almost 20 minutes long and features just about everything I love about Phideaux. It starts off rather slowly, but builds up in intensity throughout the track in a magnificent fashion. The whole band is playing fantastically with one another. I certainly love the instrumental section about six and a half minutes in that seems to nod in the direction of Gentle Giant with some great vintage keyboard sounds and guitar playing. Then there is a great section where wind instruments get the chance to shine amongst the symphonic mix. What follows are some truly majestic sections with a great keyboard melody at the forefront. Then comes a Beatles' inspired section that includes some clever lyrics sung by Mr. Phideaux himself.

But, at about the 13 minute mark, my favorite section of the album (and perhaps all of Phideaux's catalog) begins with a wonderful piano medley accompanied by violin and some great vocalizations. The piano begins playing a majestic melody, perhaps in the style of Neal Morse, that really brings to mind the wonder of being out in the middle of space. Then the piano morphs into a quirky, quick section that brings to mind ELP at their most technically furious. This instrumental section is phenomenal and builds fantastically towards an almost funky section that even includes saxophone. The keyboards, violin and saxophone along a solid drum and bass backdrop really make this a magical piece of music. I just could not keep the smile of pure joy off my face when I first heard this section. It is absolutely breathtaking.

Things slow down considerably for "Helix", which could perhaps be considered the ballad of the album. Truly it is a little breather between the two epic parts of Snowtorch that bookend it. The best part about this track to me is the feel that it conveys. I feel as I'm listening to it as if I am floating through space listening to the beautiful female vocals and beautiful violin, keyboard and guitar that surrounds those vocals. I almost get a dreamy Yes vibe from this track. Part Two of Snowtorch begins with an interesting instrumental section that really features the acoustic guitar. It is a great way to build-up into the second half of the album, with a wonderfully quirky stop-and-start style rhythm.

After a bit of a fade out from that section, the acoustic guitar remains a major presence into the next instrumental section which starts slowly, but then kicks in with some intense keyboards and fast drumming. What I love about this whole opening section is that it is really a fantastic introduction into the second half of the record, before themes from part one are re-introduced. I love when the familiar keyboard line from part one comes out from the somewhat chaotic instrumental section, taking us back into familiar Snowtorch territory. For some reason, this whole second part (and perhaps the album as a whole) really brings to mind "A Passion Play" from Jethro Tull--an album that I truly love.

The album concludes in spectacular fashion, bringing back the themes from the first part of the album. There is even a little epilogue of a track that is a lot of fun and ends the album on an upbeat note, leaving the listener wanting more. And, with that, the only criticism I can give towards this album is that it feels a little short. But, perhaps at the same time that is one of its greatest strengths. It is very compact, devoid of any weak spots, and leaves the listener wanting more. A piece of music should never be extended just to fill the length of a CD, and Phideaux seems to have a good sense of how long this piece should be. There is not a wasted moment--every second of this album is top-notch.

I feel that Phideaux has very much succeeded in creating a modern progressive masterpiece with Snowtorch. I find myself debating if I prefer it or Doomsday Afternoon as my favorite Phideaux album. They are both incredible in their own way. I love how Phideaux manages to pay homage to the progressive rock artists that influence him (Genesis, Jethro Tull, Gentle Giant, etc.) but crafts a sound all his own that is unique to him. When I hear Phideaux, I instantly recognize it, and that to me is a quality only the best bands possess. I love the playing on this album and I love the spacey feel that fits perfectly with the unique lyrics. Phideaux has created something truly special here and I can't wait to see what he comes up with next. It is exciting when a band is at their creative peak and continues to put out high quality music year after year. I recommend this album to all. Those who already love Phideaux, will love this album, and I imagine those that don't could become new converts to the world of Phideaux. I strongly suggest you give it a chance. A perfect album.