Hall Of Fame: The Tall Ships by It Bites 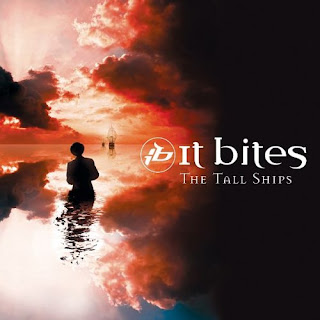 It Bites is what could be called a progressive pop band, and boy are they good at what they do. This is my first and only It Bites record, and I think it is brilliant from beginning to finish. I love this record from the opening harmonies of "Oh My God" to the big grandiose finale of "This is England". I purchased this album after hearing many good things about it from sources that I consider reputable and heard a sample of "Oh My God" that made me smile in delight as I listened. When the CD arrived, I immediately put it in my car, and it stayed in my car CD player for at least a month solid. At first I was only sold on a few songs and considered certain songs to be mediocre, but after repeated listenings, I found those songs to be highly enjoyable and to have great catchy hooks. Very impressive work!

The star of this album for me is John Mitchell who seems to be in every new prog rock project these days. He lends his voice and guitar skills to this, his first It Bites album. His voice fits the music perfectly and the guitar is tasteful and downright brilliant in spots. The truly progressive rock moments are fairly sparse throughout the album, but when they appear, they are refreshing and not overblown. The main progressive tracks are the opener, "Oh My God" which has beautiful vocal harmonies, "The Wind That Shakes the Barley" which goes into a very impressive progressive instrumental section, and the 13 minute epic, "This is England" which moves through several different movements before landing on its bombastic finale. The songs in between are all catchy and fun and are a pleasure to listen to over and over again.

"The Tall Ships" is very consistent and I love the sound that the band creates. I highly recommend this album to any music fan, especially one who enjoys a good amount of pop hooks as well as some progressive elements thrown in. All in all a very enjoyable listen and an album I keep coming back to.
Posted by Nathan Waitman at 6:34 PM