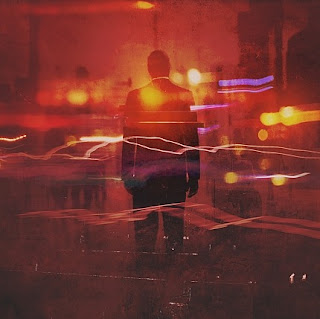 This album is heavy and aggressive…and I love it! Riverside is a Polish band that made quite an impression in the progressive rock scene with their Reality Dream Trilogy. I found all three of the Reality Dream albums excellent, but I think this album may transcend even that excellent trilogy. All musicians are in top form here, the playing is absolutely fantastic and this album is a nonstop roller coaster ride for its almost 45 minutes. In fact, it is hard to tell where one track ends and the next begins, it all just seems to blend together making for a breathtaking experience.

The first two tracks are pretty standard Riverside rock songs. The opener, Hyperactive, is notable for its interchange between heavy guitar and drums and Duda singing beautifully acapella. It really creates a great dynamic that is fun to listen to. The third song, Egoist Hedonist, is wonderful—it starts with a more laid back electronica section before becoming another aggressive rock jam complete with horns! This leads into perhaps my favorite track on the album, Left Out. This is the most mellow track on the album and is beautiful with Duda’s singing and beautiful acoustic guitar. As is common on this record though, the mellowness doesn’t last long and we are taken into another jam that really grooves with some awesome organ playing. The final track is another epic of sorts that is even heavier than the previous song and ends the album on a high note.

This is an incredible album because of the virtuosity involved with all band members. I am impressed with how much power and aggression is put into this album, and it is an exciting listen that captivates me for the whole album length. I really can’t find anything to complain about with this record, it is consistent and a blast to listen to. Definitely a contender for top album of the year.