96. Agents of Mercy- The Fading Ghosts of Twillight 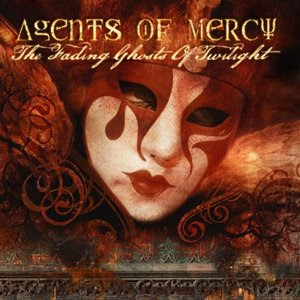 This is a very recent album, in fact I reviewed it not too long ago on this blog. I'll just copy and paste some of the things I said before in my review about why I love this album so much:

"I love this album! It is simply beautiful. It has grown on me through repeated listens, and now I really have a great appreciation for each song. First, a small background on the album, it is mainly the brainchild of one of my favorite prog musicians of all time: Roine Stolt. His signature sound is all over this album. Another notable feature of this album is the singing of Nad Sylvan. I'll admit, his voice took me a little getting used to, but once I did, it really enhanced the music. His voice is a cool cross between Peter Gabriel, Phil Collins and Fish- 3 of my favorite singers. He has a lot of character in his voice that really comes out in the compositions of this album.

The album is a little more laid back than your average prog album, but I love it that way. It gives the album a really cool mood that is consistent throughout. And, don't be misled, there are moments when it rocks hard. It is a brilliant combination of classic Genesis, Beatles, and the signature Flower Kings sound that comes with Roine Stolt's songwriting. It makes for a rather enjoyable listen that I just can't get enough of. It has stayed in the CD player in my car since it was released and has been a joy to listen to.

....As you can tell, I'm having a difficult time really putting my feelings for this album into words. I really love the laid back mood of the album, a great soundtrack to spring and summer. There is a lot of great acoustic moments, which makes sense since Roine Stolt originally intended for this album to be an acoustic solo album. But, there are also a lot of great prog moments that really call back Genesis at their best. Nad Sylvan also has managed to really capture the mood of this piece with his vocals."

Conclusion: This is an incredible album that is a throwback to late Beatles and early Genesis. Roine Stolt is a master at what he does and this is no exception.
Posted by Nathan Waitman at 12:31 PM