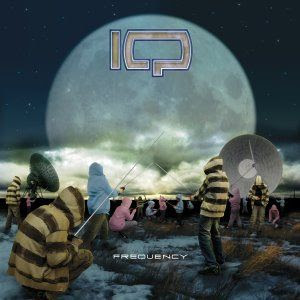 Frequency is the latest album from prog giants, IQ and is notable for being their first after the departure of key member Martin Orford. Many fans wondered if IQ would be the same without Orford’s influence. Let me assure you that this is still the IQ that fans know and love. I may not be the best to judge because I’ve never been a huge IQ fan, but to these ears this is the best album IQ have ever created. I have always tried to avoid IQ because of their frequent comparisons to Marillion (a band I just can’t seem to get) and their association with the Neo-Prog movement (a subdivision of prog that generally doesn’t interest me). But, despite these reservations I picked up Dark Matter quite a few years ago when it came out and I ended up really enjoying it. Because of my positive attitude towards this album, I decided to order the latest IQ offering, Frequency, and boy am I glad that I did. This is one of my favorite albums, a true masterpiece of Prog for me. I can’t get enough of it!

The album kicks off with the title track, and what a powerful track it is! It starts with some random frequency noise before the bass kicks in with a pounding rhythm. The band rocks out for a bit before slowing down, allowing Peter Nicholls to come in with his wonderful voice. One of the things that strikes me with this album is the pure beauty of Nicholls voice, it fits the music perfectly and makes him one of my favorite prog vocalists. This song moves fiercely through many great sections, and it ends leaving me wanting more. It is a progressive tour de force that never gets old. It is followed by Life Support which starts as a pleasant ballad once again focusing on Nicholls voice before it turns into a jam with a weird keyboard solo. I wasn’t sure what to make of the odd keyboard noises from new keyboardist Mark Westworth at first, but I have gotten used to them and now love them.

This leads into Stronger Than Friction, another favorite of mine, which starts with a happy upbeat melody that isn’t overly complicated but is really fun to listen to. This song moves through different movements but does so naturally so that the song flows beautifully from one part to the next. I especially love the ending where the band rocks out, especially guitarist Mike Holmes (who I feel is the other star of this album along with Nicholls). The ending goes right into One Fatal Mistake, which is a great segue between Stronger Than Friction and Ryker Skies. It is another ballad that presents one of the main themes of the album in a pure way. Ryker Skies is a killer song that has a great heavy atmosphere to it that really grabs the listener’s attention. I really like some of the proggier keyboard moments spread out through the piece, and I love the sing-along chorus. It is definitely highlight.

This song leads right into the masterpiece of the album, The Province. I don’t think I have adequate words to describe the beauty of this song. It is 13 minutes of pure beauty and inspiration and impresses me even on the 37th listen (or whatever listen I’m on right now, sorry I haven’t been keeping track). The sound bursts out at you at points that makes it a really exciting piece, but there is also room for heartfelt vocals from Nicholls. My favorite moment of the song, and the whole album in fact, is toward the end with Holmes goes off on this incredible guitar solo that highlights the main musical theme of the song. It is inspiring, magnificent, and whatever grand word you want to put in. It just gets me every time-it is wonderful.

Appropriately titled, the final song of the album is Closer, and what a great closer it is! It is a pleasant ballad that once again highlights the main theme of the album and really brings things full circle. As I listen, it gives me time to reflect on how brilliant the album was. Every musician involved is playing at their top performance level, and there is originality and emotion pouring through every note. It isn’t very often that I feel this moved by an album (unless Neal Morse is coming out with a new album). I really have no other choice but to give this album a perfect score. I urge all prog fans to give this album a chance, you may be as moved as I am by it.